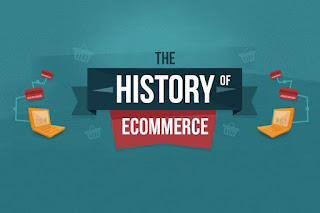 One of the most popular activities on the Web is shopping. It has much allure in it — you can shop at your leisure, anytime, and in your pajamas. Literally anyone can have their pages built to display their specific goods and services.
History of ecommerce dates back to the invention of the very old notion of "sell and buy", electricity, cables, computers, modems, and the Internet. Ecommerce became possible in 1991 when the Internet was opened to commercial use. Since that date thousands of businesses have taken up residence at web sites.
At first, the term ecommerce meant the process of execution of commercial transactions electronically with the help of the leading technologies such as Electronic Data Interchange (EDI) and Electronic Funds Transfer (EFT) which gave an opportunity for users to exchange business information and do electronic transactions. The ability to use these technologies appeared in the late 1970s and allowed business companies and organizations to send commercial documentation electronically.
Although the Internet began to advance in popularity among the general public in 1994, it took approximately four years to develop the security protocols (for example, HTTP) and DSL which allowed rapid access and a persistent connection to the Internet. In 2000 a great number of business companies in the United States and Western Europe represented their services in the World Wide Web. At this time the meaning of the word ecommerce was changed. People began to define the term ecommerce as the process of purchasing of available goods and services over the Internet using secure connections and electronic payment services. Although the dot-com collapse in 2000 led to unfortunate results and many of ecommerce companies disappeared, the "brick and mortar" retailers recognized the advantages of electronic commerce and began to add such capabilities to their web sites (e.g., after the online grocery store Webvan came to ruin, two supermarket chains, Albertsons and Safeway, began to use ecommerce to enable their customers to buy groceries online). By the end of 2001, the largest form of ecommerce, Business-to-Business (B2B) model, had around $700 billion in transactions.

According to all available data, ecommerce sales continued to grow in the next few years and, by the end of 2007, ecommerce sales accounted for 3.4 percent of total sales.
Ecommerce has a great deal of advantages over "brick and mortar" stores and mail order catalogs. Consumers can easily search through a large database of products and services. They can see actual prices, build an order over several days and email it as a "wish list" hoping that someone will pay for their selected goods. Customers can compare prices with a click of the mouse and buy the selected product at best prices.
Online vendors, in their turn, also get distinct advantages. The web and its search engines provide a way to be found by customers without expensive advertising campaign. Even small online shops can reach global markets. Web technology also allows to track customer preferences and to deliver individually-tailored marketing.
History of ecommerce is unthinkable without Amazon and Ebay which were among the first Internet companies to allow electronic transactions. Thanks to their founders we now have a handsome ecommerce sector and enjoy the buying and selling advantages of the Internet. Currently there are 5 largest and most famous worldwide Internet retailers: Amazon, Dell, Staples, Office Depot and Hewlett Packard. According to statistics, the most popular categories of products sold in the World Wide Web are music, books, computers, office supplies and other consumer electronics.
Amazon.com, Inc. is one of the most famous ecommerce companies and is located in Seattle, Washington (USA). It was founded in 1994 by Jeff Bezos and was one of the first American ecommerce companies to sell products over the Internet. After the dot-com collapse Amazon lost its position as a successful business model, however, in 2003 the company made its first annual profit which was the first step to the further development.
At the outset Amazon.com was considered as an online bookstore, but in time it extended a variety of goods by adding electronics, software, DVDs, video games, music CDs, MP3s, apparel, footwear, health products, etc. The original name of the company was Cadabra.com, but shortly after it become popular in the Internet Bezos decided to rename his business "Amazon" after the world's most voluminous river. In 1999 Jeff Bezos was entitled as the Person of the Year by Time Magazine in recognition of the company's success. Although the company's main headquarters is located in the USA, WA, Amazon has set up separate websites in other economically developed countries such as the United Kingdom, Canada, France, Germany, Japan, and China. The company supports and operates retail web sites for many famous businesses, including Marks & Spencer, Lacoste, the NBA, Bebe Stores, Target, etc.
Amazon is one of the first ecommerce businesses to establish an affiliate marketing program, and nowadays the company gets about 40% of its sales from affiliates and third party sellers who list and sell goods on the web site. In 2008 Amazon penetrated into the cinema and is currently sponsoring the film "The Stolen Child" with 20th Century Fox.
According to the research conducted in 2008, the domain Amazon.com attracted about 615 million customers every year. The most popular feature of the web site is the review system, i.e. the ability for visitors to submit their reviews and rate any product on a rating scale from one to five stars. Amazon.com is also well-known for its clear and user-friendly advanced search facility which enables visitors to search for keywords in the full text of many books in the database.
One more company which has contributed much to the process of ecommerce development is Dell Inc., an American company located in Texas, which stands third in computer sales within the industry behind Hewlett-Packard and Acer.
Launched in 1994 as a static page, Dell.com has made rapid strides, and by the end of 1997 was the first company to record a million dollars in online sales. The company's unique strategy of selling goods over the World Wide Web with no retail outlets and no middlemen has been admired by a lot of customers and imitated by a great number of ecommerce businesses. The key factor of Dell's success is that Dell.com enables customers to choose and to control, i.e. visitors can browse the site and assemble PCs piece by piece choosing each single component based on their budget and requirements. According to statistics, approximately half of the company's profit comes from the web site.
In 2007, Fortune magazine ranked Dell as the 34th-largest company in the Fortune 500 list and 8th on its annual Top 20 list of the most successful and admired companies in the USA in recognition of the company's business model.
History of ecommerce is a history of a new, virtual world which is evolving according to the customer advantage. It is a world which we are all building together brick by brick, laying a secure foundation for the future generations.

Same as what every business needs - greater reach, expanding customer base, be ahead of your competitors and diversify (in time and if... 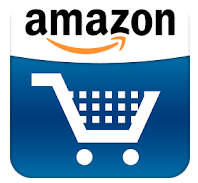 Testbook decided to walk the last mile in achieving digital accessibility in every remote corner of the country. Partnering with local classrooms, Testbook empowered teachers to build online test centres in every street of the country.

Jet Airways, India's premier international airline which provides you with one of the finest experiences across the skies. Our high standards of service and reliability, efficient operations and focus on innovation has enabled us become one of India's favourite domestic and international airline.